I’ve been meaning to write a blog post since Tuesday, but I kept putting it off because all the pictures I wanted to include, I took with Rob’s phone. It doesn’t really matter though, does it? If I just write a post, then I won’t keep stressing over the fact that I haven’t written a post, and I can catch you (all three of you) up without pictures. Well, MOSTLY without pictures.

Last time I wrote, I was winging my way to Chicago to celebrate Rob’s son’s college graduation with everyone and having a fabulous time. It was H.O.T. in Chicago… I’m not a summer person. You will *rarely* hear me complain about how cold it gets in winter, because I hate heat. I know, most of you are thrilled that you finally get to be comfortable, but I’m melting over here! It doesn’t help that Rob’s car doesn’t have functional air conditioning.

So Saturday dawned warm and sunny, and Rob drove up to Milwaukee to attend the graduation ceremony (there were only a few tickets available per graduate, and I didn’t want to prevent any of his family from being there). While he was gone, I did some knitting, did some reading, and recorded a podcast! It’s going to need work, and I don’t think I’ll ever use my phone for it again, but without my laptop on hand, I had to improvise. Saturday evening, we went for dinner at Rob’s mom’s house (without the graduate, so it was a weird graduation party) and hung out there for the evening. I have read some horror stories about mothers-in-law in my day, but I am truly blessed. My late former mother-in-law was the kindest, sweetest woman you could ever hope to meet, and I miss her every day. Rob’s mother? Cut from the same cloth. She is a kind, funny, loving, generous woman, and I’m so lucky that my future mother-in-law is as amazing as my first one! Anyway, even though he didn’t show up to his own celebration (I’m teasing! We knew he wasn’t coming, he was out with friends), here’s a picture! 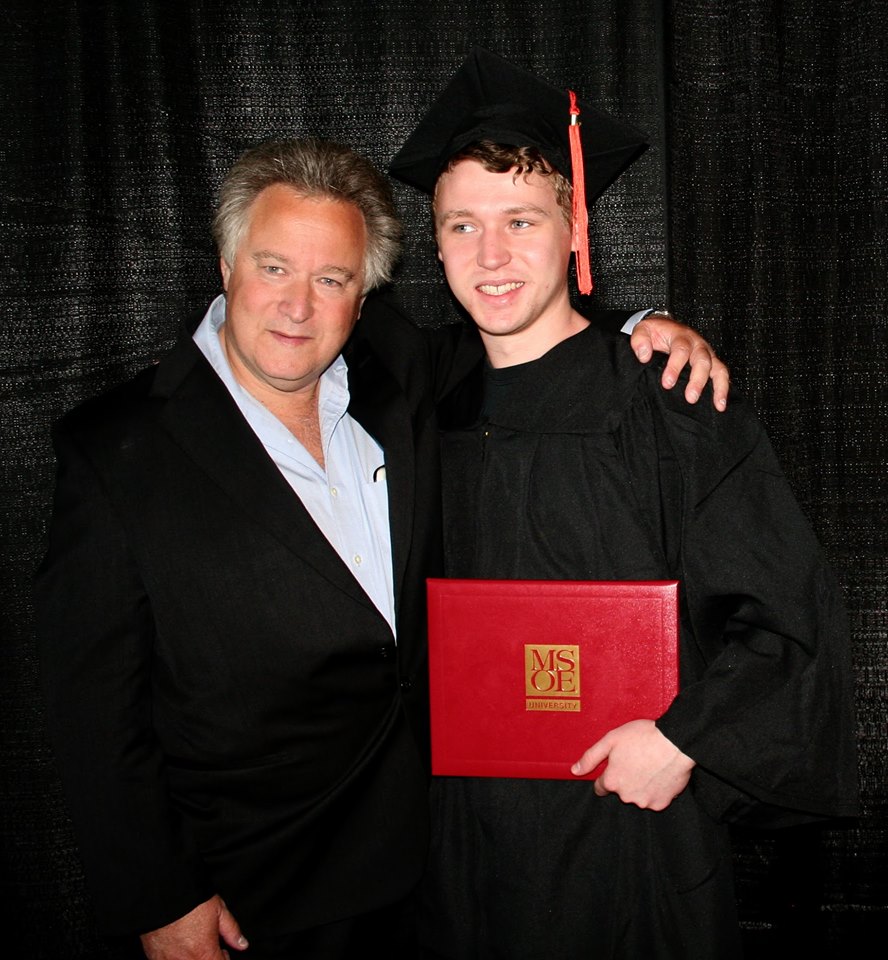 We took Sunday easy and went to see Deadpool 2. I will NOT SPOIL ANYTHING, but if you haven’t seen it yet, GO. (Except you, Mom. Do not go see Deadpool 2. You will not like it.) I laughed, I cried, I winced, and then I laughed some more. I agree that Peter needs his own spin-off movie! I was supposed to fly home Monday. Rob waved at me until I was through security, and then he went home and I went to the gate… where I discovered that my plane was delayed to the point where making my connecting flight was HIGHLY unlikely. Boo, hiss. Fortunately, I fly Porter, and they’re awesome. Not only did they rebook me for the next morning so I could go back to Rob’s for the night, but they also sent me a $100 voucher toward my next flight! I say it loud, and I say it often: Porter is AWESOME (the free drinks & snacks don’t hurt either).

Of course, taking a flight first thing in the morning when your house is 1 1/2 hours away from the airport is likely not the smartest thing I ever did… but hey, who knew how pretty a 4:30a.m. sunset in Chicago was? Not me, but I do now! I flew home, got picked up by some pretty awesome people (one of whom was VERY well behaved and didn’t fuss in the car AT ALL), and life goes on as usual. I’ve spent the rest of the week trying to recover from the fact that it’s suddenly summer, and REALLY humid. If you’re one of those who likes heat, enjoy your weekend! I’ll be huddled in my basement apartment with my fan and my air conditioner and eating things that don’t require cooking! Two Tangled Skeins resumes its normal schedule tomorrow, so see you there!

The ice situation is becoming a bit alarming. And this is after maintenance climbed up to knock them all down with a sledgehammer last week! #WinterInGatineauIsNoJoke #TheWaywardSkein
It's a good day to #FlyPorter!!
My last pumpkins just went in the oven... The final one had some extra gifts for me this year! Sprouted seeds!! Some of them even had branched roots already, so I'll be choosing the most advanced ones, allowing them to sprout a bit more, and then planting them in my sunny bay window. Experimentation is afoot!
Loading Comments...
%d bloggers like this: